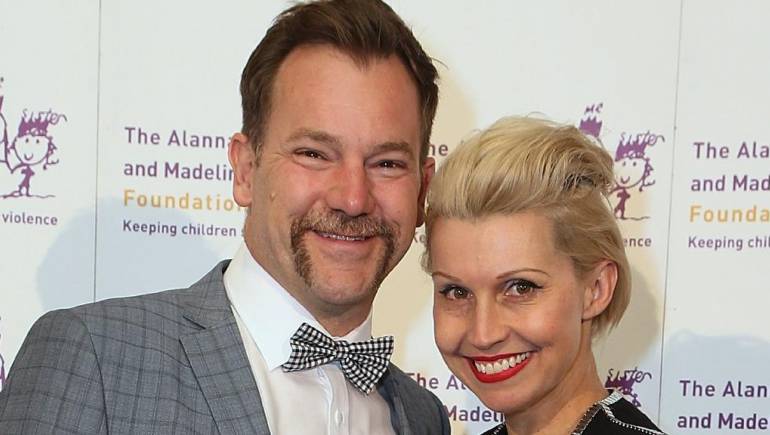 Posted at 05:02h in Uncategorised by cchua

“I think we’re pulling the pin at one (child) actually. We’ve got one we like so we figure why risk having a dud,” says the former Adelaide brekkie radio host, whose wife Kelly gave birth to son Laddie about 11 months ago.

“He is a joy. I love spending time with him … (but) why stress yourself out with a second when you’re so happy with the first. I think we’re going to sit on one.”

The trio are currently on their first European holiday together, spending time in Rome, Florence and Sorrento over the next fortnight.

“We’ve just got a little backpack that we can throw him in, which is a good little arrangement,” he says laughing.

“So he’ll be fine … I’ve been told the Italians are great with kids so I’m sure there won’t be any shortage of people looking to entertain him and look after him.”

Lehmo’s return later this month will coincide with the premiere of the third season of his ABC satirical comedy series Utopia.

“I get asked more about Utopia than anything I’ve done across my career. People absolutely love this show and it’s testament to how good this Working Dog team is,” he says.

“I’ve got a taste for it now, it’s really fun. I honestly have plenty of self-doubt and I’m not sure how good I am at it (acting). I would love to do some other roles as well,” he says.

“If there’s any casting agents reading this, I’m up for it.”